I always remember when we were in USA on a vacation for the first time with my husband. We went to see a local dog show. There we saw some lhasas. I can’t remember much of the others but there were two reddish puppies who took my attention right away.
While I was watching the ring, Tommy got acquainted with these charming puppies. He also fell in love with the more deeper red colored brother and joked for the owner / breeder that maybe we could buy him and take him to Finland. That’s how our friendship with Dr Catherine Marley, Kai-La-Sha. And how Fred ended up living with us.

After a few months I flew back and took Fred home. At the same time we got another legendary dog for a visit, a TT named Bocce. But tha’s another story.
Fred settled soon to us and liked our kids and their friends. He and Tommy became special friends but of course I was the one who took care of him and we also had a special bond.

Fred finished easily his champion titles. He could have easily done a lot more winning, but he never really loved showing. That’s why he was retired from the show rings after he finished his International title.

As a stud dog Fred was one of a kind. He produced star quality puppies in every one of his litters. Many of them became champions. Fred also visited Dar Tibetu kennel in Czech Republic and also his breeder in North Carolina.
Fred’s line will continue through several offspings.

Fred was never a sporty type and at old age he didn’t have to go to the walks anymore. As a youngster he used to climb on the kitchen table to steal any food he could find. If only someone had left the chairs wide open, he would jump there and get himself on the kitchen table.

The best thing in Fred’s life was when he got to watch tv with us on the sofa. He was like a ragdoll cat. He also made an artform of lying on the sofa!

Fred was so dear to us and we will miss him so much! 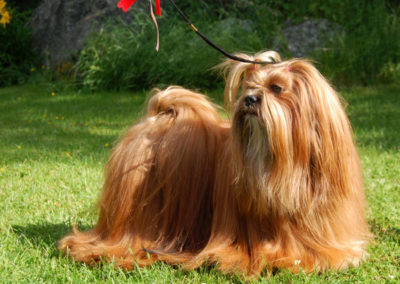 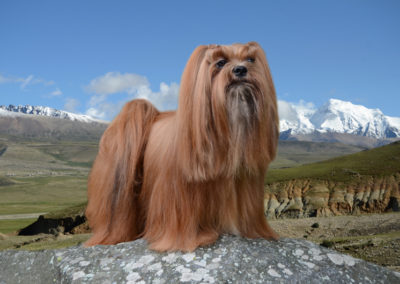 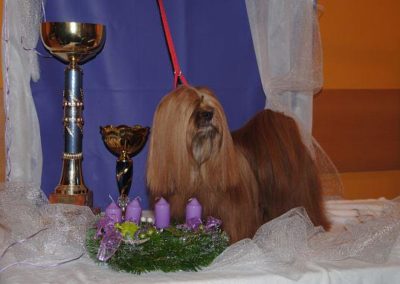 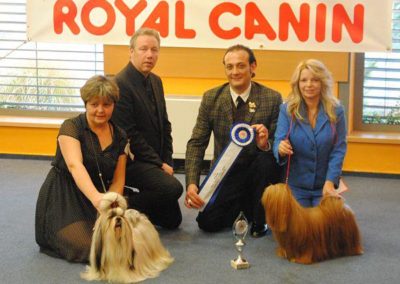 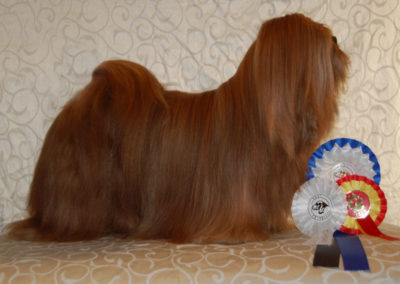 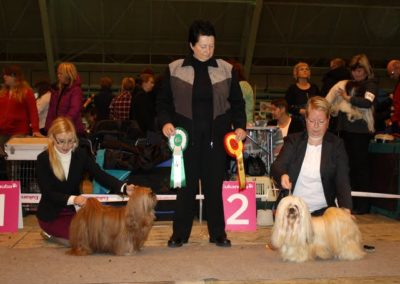 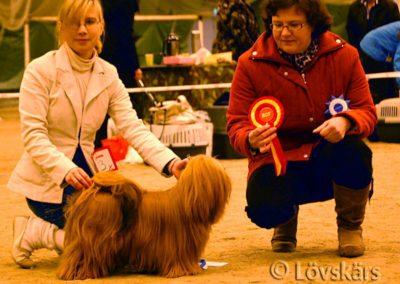 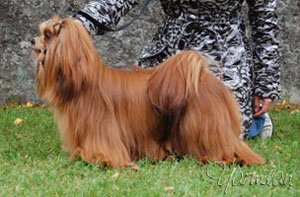